Jardin, a showcase for Conservation in Colombia.

In 2006, after working seven years for the conservation of the Yellow-eared Parrot (Ognorhynchus icterotis), the ProAves Bird Reserve Loro Orejiamarillo was established and then supported by the Loro Parque Foundacion. Over these 13 years we have achieved remarkable results, most notably leading to the change in the parrot’s threat category, but also the selection of the species as the bird emblem of the municipality and its inclusion within the coat of arms of the municipality.

Today we celebrate the establishment of the conservation strategy ARA’s – (Reciprocal Water  Arrangements) – and its inclusion in the Municipal Development Plan, which was an initiative led by ProAves as a municipal policy for the 4 year plan. This ensures the conservation of the watersheds of Quebrada La Bonita and La Mendoza, which was accomplished after a strong lobbying effort with institutions that have an impact on decision-making in environmental matters such as the Mayor’s Office and Town Council, CORANTIOQUIA, Unidad Agroambiental and the Jardín community who participated in all the activities.

The importance of this agreement lies in the benefit that the water users in the town receive in terms of water quality and quantity, whilst the environmental services providers receive incentives for conservation. Additionally through this agreement the concepts of Voluntary contribution, Conservation Fund and the Committee for the Protection and Conservation of watersheds and endangered species will be created that allow the active involvement of the users of environmental services.

“From the beginning we have been perfectly willing to support this initiative, which as well as creating Reciprocal Agreements for Water also creates the program … we are ready to support such initiatives over others which are trying to threaten our natural resources, such as the issue of mining and in that the city administration has a very clear position” added the Secretary of Government of Jardín City Hall, Dr. Johan Uribe Palacio.

This great achievement would not have been possible without the tireless awareness campaign ProAves and colleagues have developed over the last 13 years in the town. Currently they are developing a variety of environmental education campaigns and festivals under 5 programs: Bird Friendly Schools, Ecological Group Friend of Birds, Sister Schools, Social Services and Youth researchers.

In these weekly activities about 1,000 people are involved, including children, youths and adults, in environmental education, cultural and recreational activities whose primary purpose is to encourage behavioral changes, generating knowledge, a sense of belonging, and respect for the  biodiversity of the region and thus ensuring its protection, in this specific case the protection of the two areas mentioned above.

Actions taking place in Jardín have shown the institutional will to address the concern for preserving and protecting environmental services, thus ensuring resources for future generations and improving the quality of life of its inhabitants; also demonstrated was the high commitment and interest of landowners and the sustained effort in environmental, social and community work by ProAves with the essential support of Loro Parque Fundación during these 13 years. 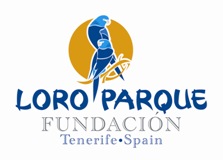