The magnificent Santa Marta Toro (Santamartamys rufodorsalis), stayed for almost two hours while two ProAves volunteers took the first photos ever of a creature the world thought would never be seen again.

The charming nocturnal rodent made his re-debut to the world at 9:30PM on May 4, 2011 at the Reserva Natural El Dorado, in the Sierra Nevada. The reserve was established in 2005 by Fundación ProAves – Colombia’s foremost bird conservation organization – with support from Rainforest Trust, ABC, and Fundación Loro Parque.

The animal was rediscovered by Lizzie Noble and Simon McKeown – two volunteers with ProAves monitoring endangered amphibians. It posed for photographs – including close-ups -before calmly proceeding back to the forest, but they were unaware of the significance of the sighting until they showed Rainforest Trust CEO, Dr Paul Salaman, who immediately identified the species as the long-lost Santa Marta Toro also known as the Red-crested Tree Rat.


“He just shuffled up the handrail near where we were sitting and seemed totally unperturbed by all the excitement he was causing. We are absolutely delighted to have rediscovered such a wonderful creature after just a month of volunteering with ProAves. Clearly the El Dorado Reserve has many more exciting discoveries waiting,” said Lizzie Noble from Godalming, England. 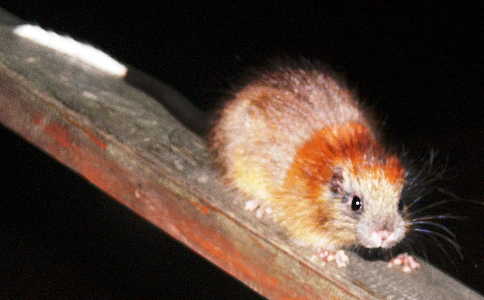 “We are so proud that our El Dorado Nature Reserve has provided a safe haven for this enigmatic little guy to survive. The discovery exemplifies why we buy forested properties known to be important for endangered wildlife yet at imminent risk of being destroyed. We are also proud that our volunteers made the discovery of the decade, and hope future eco-tourists will see the mammal at the reserve,” said Lina Daza, Executive Director of ProAves.

“The El Dorado Nature Reserve represents the ultimate Noah’s Ark, protecting the last populations of many critically endangered and endemic flora and fauna; a living treasure trove like no other on earth,” said Dr. Paul Salaman, the CEO from Rainforest Trust who confirmed the identity of the species.

The Red-crested Tree Rat will now likely be designated as Critically Endangered under the International Union for Conservation of Nature (IUCN)’s Red List of Threatened Species criteria. What is most concerning, however, is that much of the tree rat’s potential remaining range is inundated with introduced feral cats that prey on native fauna. 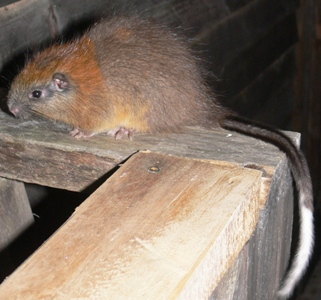 The 2,000-acre El Dorado reserve is named after the legendary lost city of gold, and is internationally known as a unique destination for eco-tourists. It is situated in cloud forests at 5,900 feet, just two hours’ drive from the popular coastal tourist city of Santa Marta. The reserve and adjacent lands host the highest concentration of continental, range-restricted bird species found anywhere in the world, including the endangered Santa Marta Parakeet, Santa Marta Bush-Tyrant, and Santa Marta Sabrewing, all of which have their entire or major stronghold populations there. It also holds one of the highest concentrations of endemic and threatened amphibian species in the world. The reserve is among the world’s highest priorities for conservation, yet remarkably little is known about the area.

This discovery marks the beginning of a major effort by ProAves and Rainforest Trust to save the Santa Marta Toro.