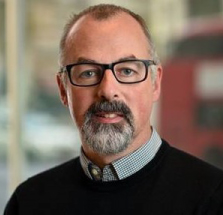 Mark has been a trustee of ProAves UK since its founding on 25 June 2003 and has established many environmental research projects in Colombia since 2005, including having supervised several Colombian MSc and PhD students at King’s College, London.

Mark completed his undergraduate degree in geography at the University of Bristol and moved to King’s Collage, London for his PhD. Mark took up the post of Lecturer then Reader in Geography at King’s from 1994 at the age of 24 and has been teaching and researching in the Department since. In 2003, Mark was awarded the Royal Geographical Society – Institute of British Geographers Gill Memorial Award. Mark is an honorary fellow at the United Nations Environment Program World Conservation Monitoring Centre (UNEP-WCMC).