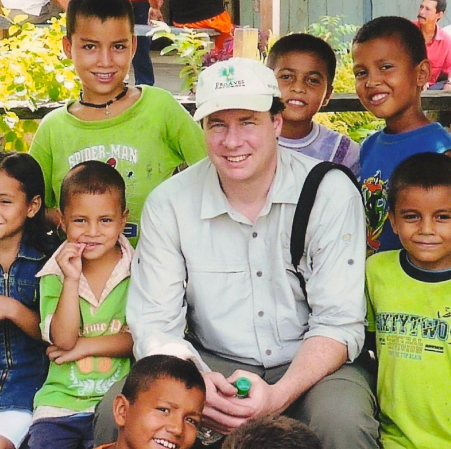 Paul is a founding trustee of ProAves UK and is one of the founders of Fundación ProAves. Paul established the first research and conservation programs of ProAves in 1998 after leading a series of Anglo-Colombian undergraduate student expeditions across Colombia that helped establish a national park and several nature reserves.

Paul has described six bird taxa new to science, including the Chocó Vireo–which he discovered in 1991.

After graduating with a Ph.D. from the University of Oxford in 2001, he was a post-doctoral fellow of The Natural History Museum and Conservation International leading Project BioMap. Paul was the CEO of Rainforest Trust from 2012-2019 and Executive Director of the Rasmussen Family Foundation.