Officially: Colombia has the most bird species on earth

“The checklist to the birds of Colombia 2008” just published by Fundación ProAves on line in its journal Conservación Colombiana reveals that Colombia has officially recorded 1,870 species, against official reports from Peru and Brazil, of 1,817 and 1,767 species respectively. After over ten years of compilation, fieldwork and detailed revisions by the authors, the report reveals that incredibly Colombia hosts almost one fifth of all birds known on earth, in an area eight times smaller than the USA. 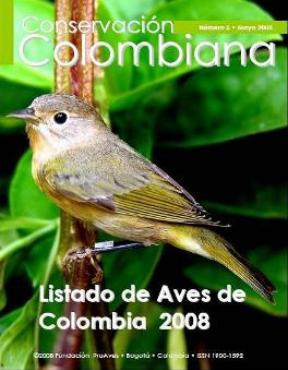 A surge of interest in birds within Colombia followed the publication of “The field guide to the birds of Colombia” in 1986. The guide’s authors, Steven Hilty and William Brown, educated and enthused a new generation of birders and ornithologists in Colombia, who in turn have greatly expanded the country’s knowledge. Since the guide was published a further 172 species have been documented, including 22 species of bird new for science listed in the new checklist. In the same publication as the checklist, ProAves researchers document 16 bird species previously known from other countries but not recorded in Colombia. These were mostly from remote regions on the frontier with Ecuador and San Andres Island.

Worryingly, a total of 161 bird species in Colombia are at imminent risk of extinction, including 70% of the 73 endemic bird species restricted to the country, while two bird species have already gone extinct. Fundación ProAves has been working towards the protection of these species, including establishing 12 bird reserves as refuges for the most critically endangered species in recent years. However, threats have been mounting and bird populations have been plummeting, particularly the clearing of lowland tropical forest for conversion to African oil palm plantations for ethanol production (biofuels), and from the conversion of traditional shade coffee plantations , that provide excellent habitat for North American migrants, to coffee varieties that require no canopy shade.

Interestingly, significant improvements in the security situation in large parts of Colombia in recent years have led to a new phenomenon – birding tours by foreigners desperate to see Colombia’s stunning bird diversity. For almost three decades, Colombia has been extremely difficult to visit; so many birders in North America and Europe are now seizing the chance, such as through the Colombian company Ecoturs which specializes in birding tours in Colombia. With a sharp increase in avitourism and the continuing increase of Colombian birders, it is predicted that the Colombian bird list will continue to grow and highlight the region as key area for bird conservation.