The Chamicero del Perijá Bird Reserve was created on January 28, 2014, in order to preserve one of the most fragile and important sites of Colombia, the Serranía del Perijá, habitat for a large number of animal species
and unique plants.

The Reserve is located in the villages of El Cinco and Altos de Perijá, in the municipality of Manaure, department of Cesar, approximately 36 miles from the city of Valledupar. The Reserve has an area of approximately 1850ac. of high andean forests, subparamo and paramo.

The western sector of the reserve is located on the river basin Manaure which is vital to the town of Manaure, Cesar; many water bodies are third and fourth grade Manaure River tributaries and a few others are vital for aqueducts in the sector of Cinco and El Venado.

The area has an average temperature of 59°F and a distribution of rains bimodal climate with four seasons; the total annual rainfall is 1247 mm and close to the multi-year monthly average is 104 mm; periods of increased rainfall occur between April and June and September to November, October is the month with the highest rainfall (163 mm). Dry periods are December to March and June to August, January is the driest month (32 mm) 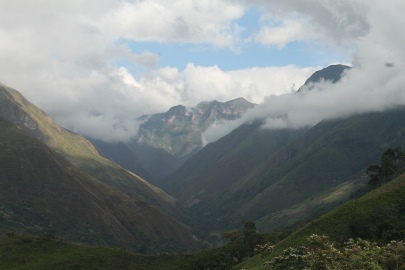 The reserve is made up of forests in different successional stages in the High Andean and sub-Andean bands. In the high Andean (2800-3000 m) band in sites with higher degree of conservation forests dominated by high Hesperomeles ferruginea (association Ilici sessiliflorae – Hesperomeletum ferruginae) have become established with a lower tree layer  elements with heights between 12 and 25 m) dominate coverage and values Importance Values Index (IVI) for Prumnopytis montana, Clusia multiflora, Ternstroemia meridionalis, Podocarpus oleifolius,
Weinmannia pinnata and Hesperomeles ferruginea.

Monitoring of threatened and endemic species.

There is accommodation for 10 people, in modern and comfortable cabins with electricity, running water and cell phone signal.s.

Observation of scenic beauty; the snowy peaks of the Sierra Nevada de Santa Marta, the blonde savannah and imposing hill scenery is displayed; you can hike and do bird watching.