Reproductive behavior of the rusty-faced parrot 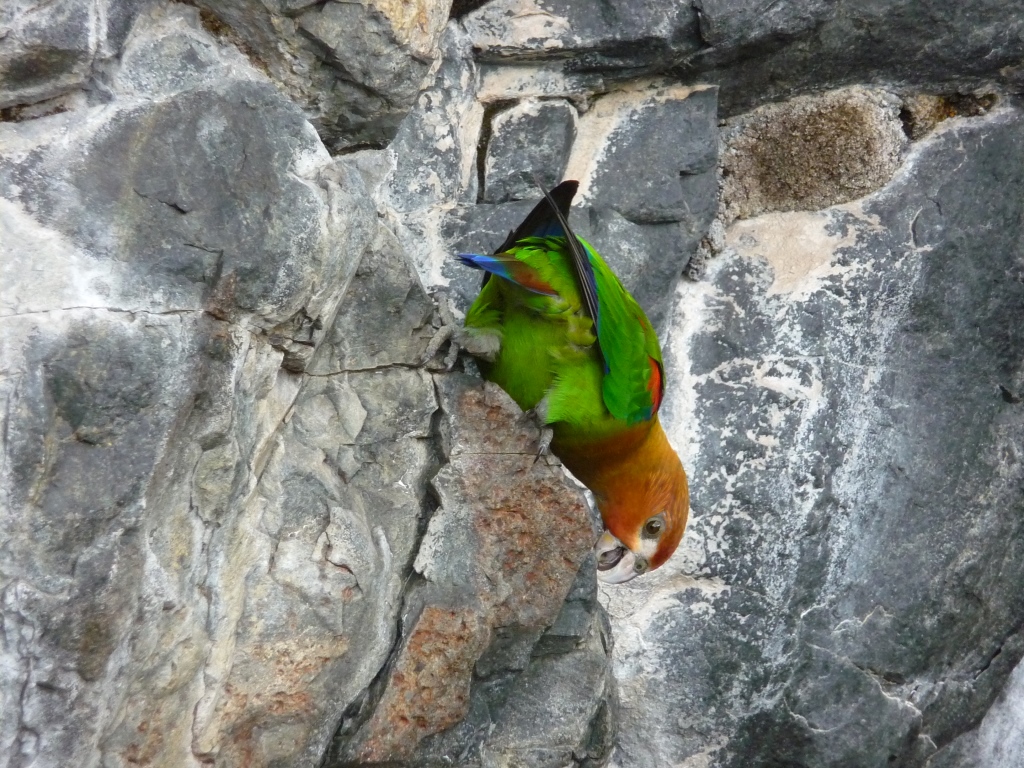 In April 2009, a salting for rusty-faced parrots (Hapalopsittaca amazonina) was discovered in the ProAves Dusky Starfrontlet Bird Reserve, since knowing of the species we have monitored their particular behavior.

The salting was discovered in April 2009 in the Dusky Starfrontlet Bird Reserve, located in the Municipality of Urrao (Antiquia), the salting is a wall or mineral rock formation, located between the ecotone (moor and cloud forest).

For 6 years in a row we have recorded their daily arrival and at the same time (from 7 to 7:45 am) in flocks of 40 individuals on average which come to consume the contents of the walls rich in salts and minerals, called geophagia behavior. This behavior appears to help the birds to detoxify some fruits consumed like mistletoe, Antidaphne viscoidea (Eremolepidaceae), their main source of food, but they also eat bromeliad fruits (Tillandsoideae) and acorns (Quercus humboltii).

Presumably the rock salts serve to protect against the toxins of these fruits, although there are other uses like facilitating digestion, protection against pests and pH control. 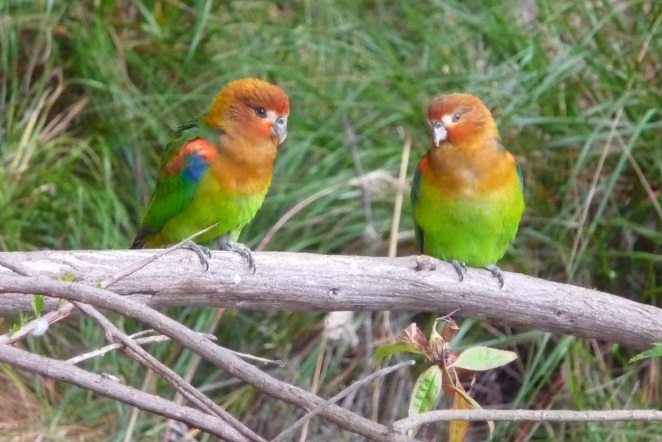 Thanks to the presence of these saltings (Saladeros), the observations made for more than 6 years and camera traps installed there we managed to record several reproductive behaviors like:

• Mutual grooming. This behavior was shown intermittently during the state of perch and basically consisted of mutual and simultaneous grooming neck, throat and beak of pairs of parrots; although it is not considered clear evidence of sexual play between the pair.

• Courtship. Apparently an individual of the couple (male) begins to make a series of moves, jumping and hovering between two or three branches adjacent to the site where the female is; she tries to follow the male walking between the branches to reach him, but the male returns to the side of the female and begins to shake his head sharply as if to strike the branch on which she is perched with his beak. Then the male brings his beak to the female’s beak and apparently makes a regurgitation.

• Intercourse. After making the apparent regurgitation to the female, the male starts the mating event, stimulating the female through touching her rump with one of his legs and trying to bring his cloaca to the female’s cloaca. This last act is repeated for about 2 minutes during which the female shifts between two adjacent branches and tries to avoid the male. After these two minutes it was possible to see intercourse between the couple three times, which were alternated with stimulation by the male’s foot on the female’s rump. 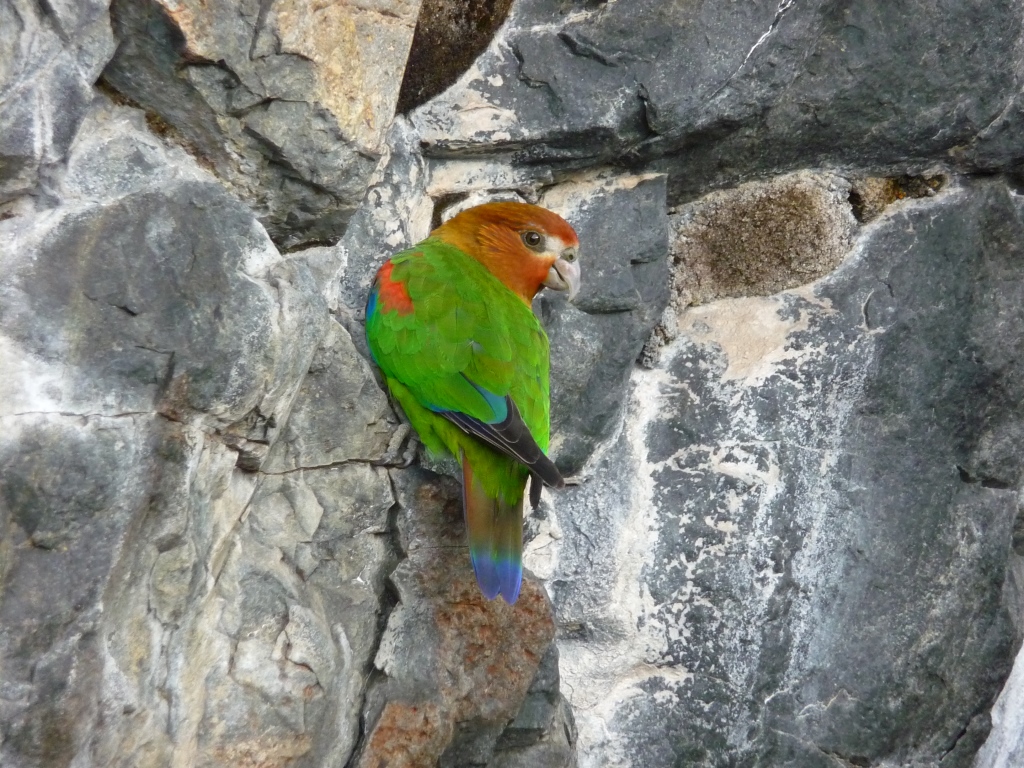 In the area we have also been able to observe other birds that have reached the salting and are consuming minerals such like the Smoky bush tyrant (Myiotheretes fumigatus), Blue and Black Tanager (Tangara vassorii) and some toucans (Aulacorhynchus spp.)

This rock wall is a site of interest and opportunity to observe the behavior and count this multicolor parrot.