ProAves’ objective to conserve wild birds in Colombia, carries out three Bird festivals each year, through out the country and with the support of local communities, with the aim to demonstrate the importance and richness of our biodiversity and the influence mankind has in Nature’s equilibrium. 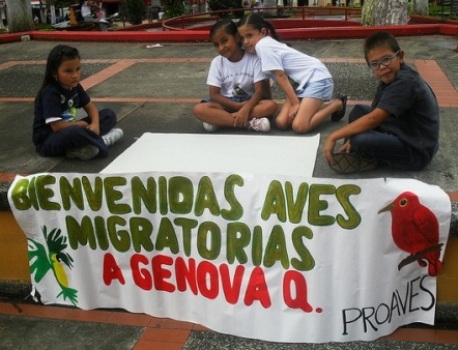 In order to ensure the survival of migratory birds in Colombia, ProAves develops this festival with local communities in key areas for migratory birds. 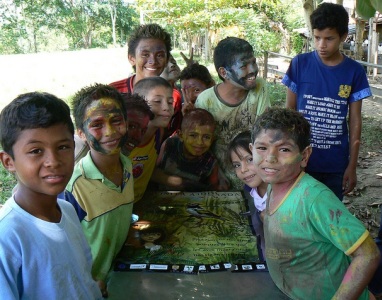 This festival is carried out in Boyacá aiming to preserve Blue-billed Curassow Crax alberti, endemic and unfortunately endangered species of Colombia. 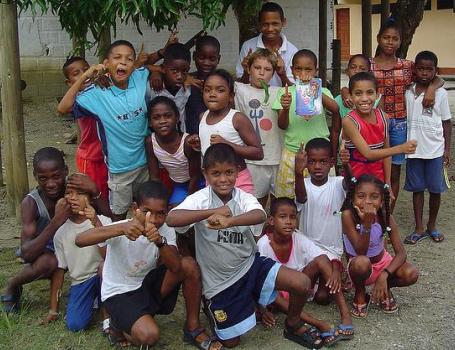 Festival developed in the San Andrés Island, as part of the festival carried out in Colombia and in 23 countries of the Caribbean Region. 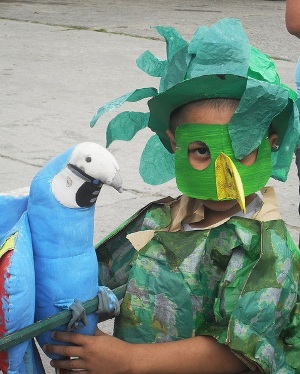 Threatened Parrots Festival is a massive event that takes place in the second half of each year to preserve the species of parrots found in any state of threat.

The 5th Blue-billed Curassow Festival gets underway between the 1st-25th of September and involves communities around the Paujil Bird Reserve. This annual event raises awareness for this endangered species which is a critical conservation flagship for the highly threatened tropical rainforests in the Magdalena valley.

Incredible costumes, folk music, colors, and banners, filled the streets as processions of local conservationists in towns across Tolima, Quindío and Antioquia to proclaim the 4th Festival of the Yellow-eared parrot and the Wax Palm thanks to Fundación Loro Parque.