A ten-year effort carried out by three conservation groups has led to the establishment of a critical six-mile-long by half-mile wide conservation corridor in Colombia that provides important winter habitat for the iconic Cerulean Warbler, a small but spectacular bird that has seen its population plummet 70 percent since 1966.

Nearly 3,000 acres of land were reforested to connect existing habitat, using 500,000 seedlings of 26 native species grown in nurseries established in the nearby Cerulean Warbler and Pauxi Pauxi Bird Reserves. More than 220 private landowners participated in the project by planting shade trees on their coffee and cocoa farms and cattle ranches.

“People in Colombia celebrate being the nation with the highest bird diversity in the world,” said Alonso Quevedo, Executive Director of Fundación ProAves. “It is significant that with over 1,900 avian species, communities are able to recognize and value the subset of migratory birds that arrive from North America. We are proud of our role in fostering this knowledge and pride for birds.”

The tree planting provides a “habitat bridge” between the two protected areas and targeted coffee and cocoa farms as well as planting native shade trees to promote more canopy cover. Silvopasture practices—the planting of trees in otherwise open cattle pastures—were used to benefit the health of cattle and business productivity as well as provide tree cover for birds. Eighteen conservation easements, the first in Colombia, were used to conserve remnant patches of native forest.

“We’re excited at how the establishment of ecological easements has motivated local communities within the corridor and buffer zone,” said Jason Berry, Landscape Officer for ABC. “In particular, we have seen the widespread implementation of good agricultural practices, including increased use of shade coffee and cocoa. Clearly, the natural incentives for conservation and ecological restoration, such as protection from erosion and maintaining top soil as well as improving water quality and quantity of agriculture, have been key factors.”

Expeditions by ProAves to document the flora and fauna of the region supported the creation of the Yariguíes National Park covering 194,810 acres in 2005. In the same year ProAves established a nearby 545-acre private Cerulean Warbler reserve, and then in 2007, founded the Pauxi Pauxi Reserve which is now 4,470 acres. 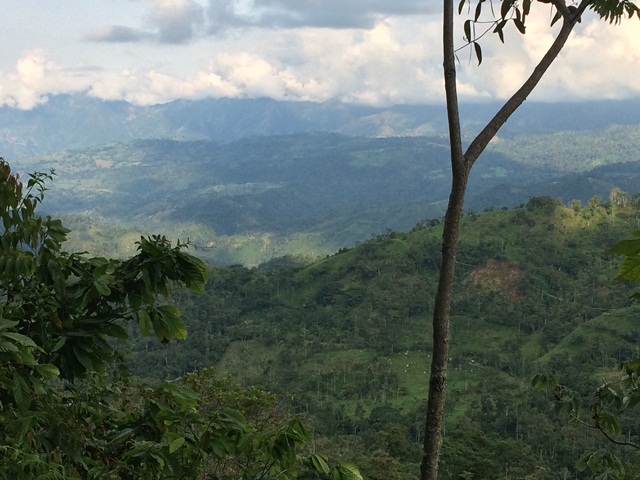 The initiative was driven by the 70 percent decline in population of the Cerulean Warbler over about the last 50 years. The species was formerly one of the most abundant breeding warblers in the Ohio and Mississippi River Valleys. It’s now one of the most imperiled migrant songbirds in the Western Hemisphere.

Cerulean Warblers winter in the northern Andes in South America andbreed from the Great Lakes region to Georgia and west from Wisconsin to Louisiana, with particular concentrations in the Appalachians and the hardwood forest regions of Wisconsin, Iowa, Tennessee, Missouri, Arkansas, Kentucky, Ohio, Indiana, and Michigan.

Conservation work on the breeding grounds in the Midwest and Appalachia have helped the Cerulean Warbler, but as the birds lose winter habitat in Latin America, the declines have continued.  The Cerulean Warbler isn’t the only bird in trouble. Declines have been noted for decades for many species of North American migratory birds that winter in Latin America, including Broad-winged Hawk, Olive-sided Flycatcher, and Upland Sandpiper. 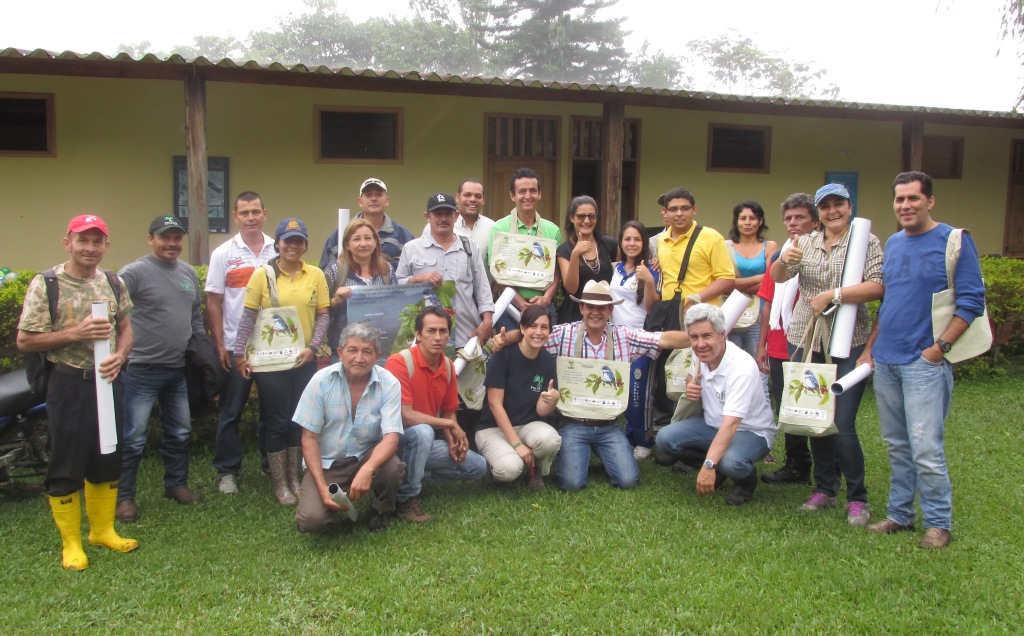 The new conservation corridor initiative protects and preserves critical habitat for more than 150 species of birds including many migrants, such as the Golden-winged Warbler, Black-and-white Warbler, Mourning Warbler, Canada Warbler, Blackburnian Warbler, Black-throated Green Warbler, American Redstart, Swainson’s Warbler, and Rose-Breasted Grosbeak. In addition, it provides habitat for the Gorgeted Woodquail and Mountain Grackle, two species found only in Colombia and considered globally endangered, among numerous other endemic and threatened species.

This project includes a component to measure biodiversity success, such as changes in the population of Cerulean Warbler and endangered resident species such as Gorgeted Wood-quail. Currently, monitoring protocols are in place for reforestation of forest cover change using satellite imagery, which will indicate how much habitat has been created. This information will feed into the next phase of nurturing the growth of trees that have been planted and planning for the tripling of the corridor in the years to come.