The meeting was held in the Las Tanagers Bird Reserve between April 22 and 27 2014 and was attended by nearly 60 people, including administrators, teachers, wardens and area directors.

The meeting was divided into 2 parts, during the first 3 days; each area presented the main achievements during 2013 and projected goals to meet during 2014.

In a second session the Strategic Plan for the current year was designed, based on the Five-Year Plan drawn up at the meeting of the Board of Directors held in 2013. At the end of this feedback session on the Strategic Plans were made ​​for the purpose of unifying ideas and suggestions from all the ProAves team.

During the next 3 days the Reserve received more than 40 people who make up the team of environmental educators, Rangers, researchers and managers of protected areas, including the executive management team, administrative area, accounting and Ecoturs

During the meeting 3 training sessions were conducted on different issues of vital importance to fieldwork:

Construction and maintenance of septic tanks, where we had the participation of an expert in septic tanks from CORANTIOQUIA. 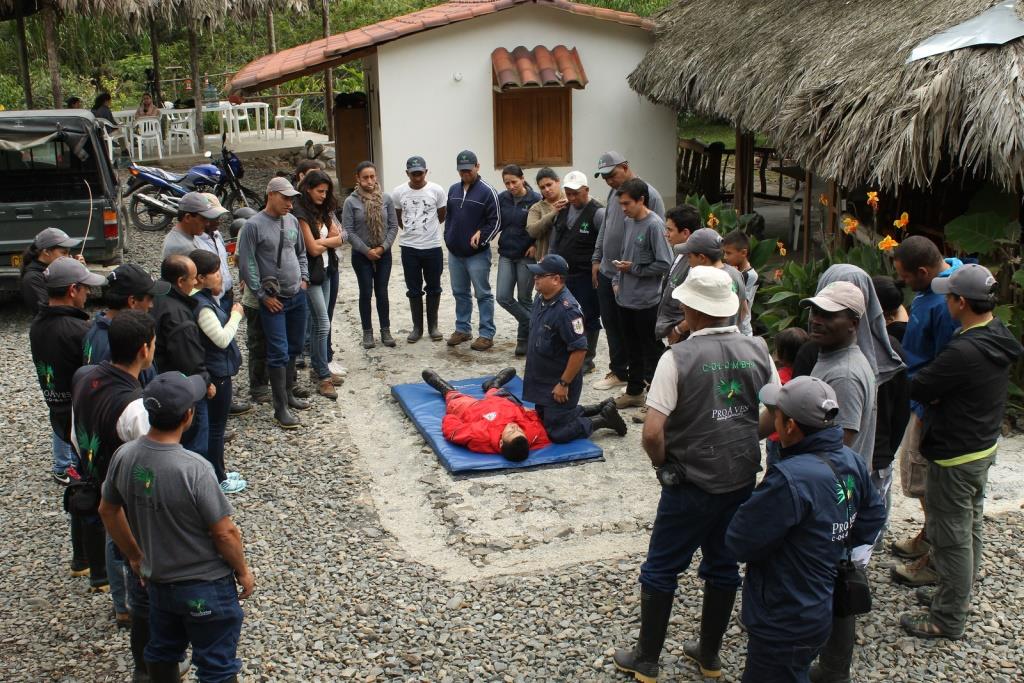 Forest fires and first aid training, for this we had the participation of the Firefighters ‘Ciudad Bolivar’ Unit.

And Occupational Health, Occupational Hazards , election COPASO and Coexistence Committee , during this training the importance of working with security teams prepared by the Rangers in the reserves, the importance of working in good physical conditions (hydration, food, rest, etc. ) was emphasized. The respective elections of representatives to COPASO and the coexistence committee were made.

Additionally, the accounting area presented a theoretical-practical workshop where the area of work and the specifications that should be provided to perform contracts, third party payments, invoices, etc.

The ​​environmental education area held a contest to measure the level of knowledge that the Rangers have about the organization with the aim of rewarding and strengthening their sense of belonging.

Similarly, an activity was performed to identify the main threats affecting the reserves, a team consisting of the Director of Conservation, the assistant directors and the Rangers who identified 4 main threats: hunting, fires, mining and deforestation. Then they held their respective socialization, managing to geographically identify them and propose different solutions.

During the meeting, he acknowledged the Rangers and their work, and thanks to them we have managed to have a network of consolidated reserves to ensure the conservation of the most endangered birds of Colombia. Additionally, the annual budget was delivered to the whole team of the foundation. 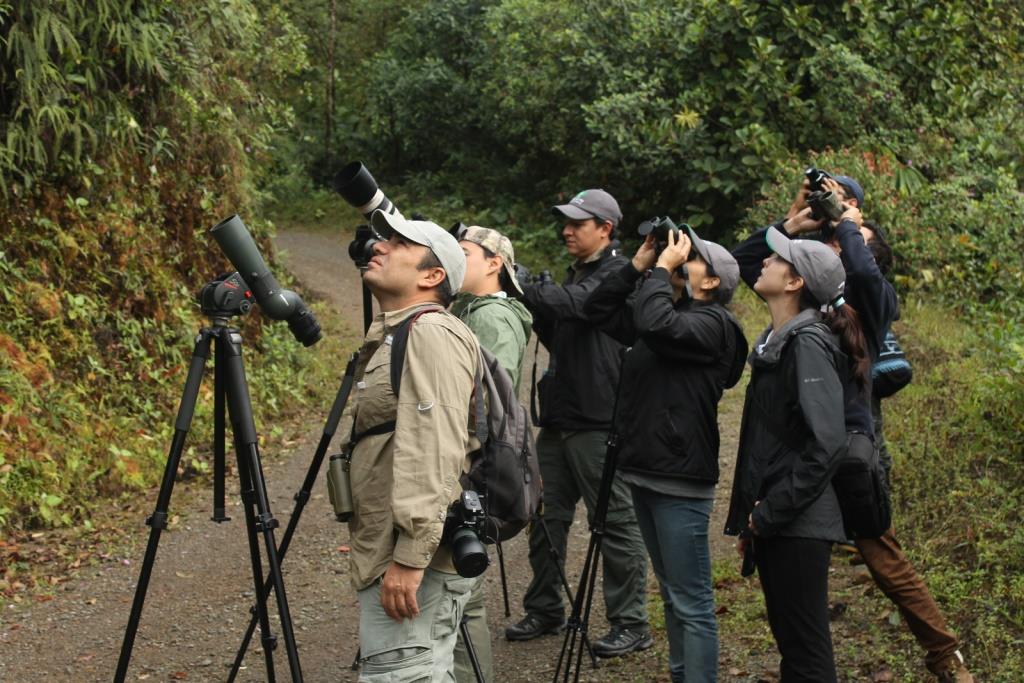 “I want to thank the whole ProAves team for their participation in the meeting held last month. It is very rewarding and encouraging for me to see a solid, compact team with common goals. From all accounts the meeting was a success, we have set clear goals that will guide our way this year, know each other and the work areas of our colleagues, their achievements and difficulties; this activity strengthens us internally reflecting our deep commitment to environmental and materializing outside the daily work. I am very satisfied with its commitment to the conservation of the birds of Colombia and the Foundation ProAves. THANK YOU FOR YOUR PARTICIPATION we will see each other next year! “Alonso Quevedo Gil. Executive Director, Foundación ProAves .