The meeting also had the presence of regional deputies of the different protected areas, also of the Executive Director Lina Daza and the General Director of ProAves Alonso Quevedo and representatives of the administration and EcoTurs. 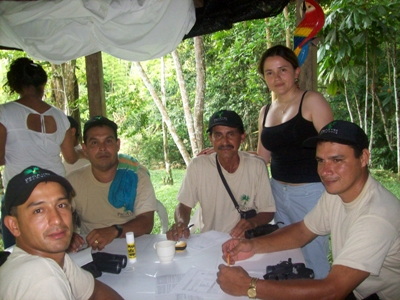 This event was the perfect platform for the exchange of experiences among the various rangers of the Foundation reserves and from the conservation, administrative and directive areas. In this regard, Lina Daza, ProAves Executive Director stated: “It is gratifying to realize such courses which provided training in different subjects for the workers of the Foundation, all of which bearing in mind that the rangers and other team members are the mainstay of conservation guidelines and processes developed by ProAves”.

The opportunity served the rangers to receive training in different fields associated with the management of protected areas such as demarcation of boundaries, building cairns, outdoor signage, management of camera traps, GPS management, legalization and implementation of budgets, reforestation and management of drinking fountains and feeding troughs for wildlife, building and guidance of bird watching. 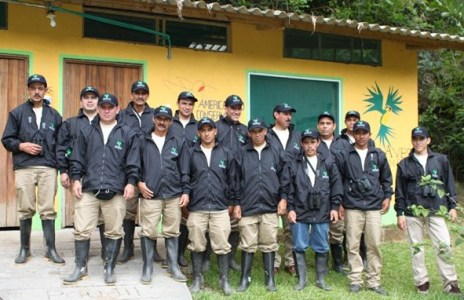 Endowment to the Rangers provided by the Foundation.

Thus ProAves continues its efforts to conserve the habitats of Colombian birds by training their protected areas team in order to ensure proper handling of its reserves.