Women have played a leading role in conservation, but unfortunately their role has not been well recognized; gender inequalities in the sector remain evident. ProAves encourages women to be an active agent of change and to have their voices heard, thus empowering them to be leaders in conservation to protect Colombian biodiversity.

From the Executive Director, Sara Inés Lara, to the Deputy Directors (which are 64% women), ProAves shows its commitment to the empowerment of women in protecting the environment. Likewise, the Foundation is excited now to have Ninfa as a new member of the team, as she is the first female ranger of the ProAves Reserves.

It is vital that women play an active, recognized role in conservation, which is why ProAves encourages all women who want to be guardians and protectors of nature to undertake the beautiful challenge of caring for the planet’s most valuable treasures — the natural environment with its myriad species.

First female ranger in ProAves: The story of Ninfa, who represents a milestone for ProAves 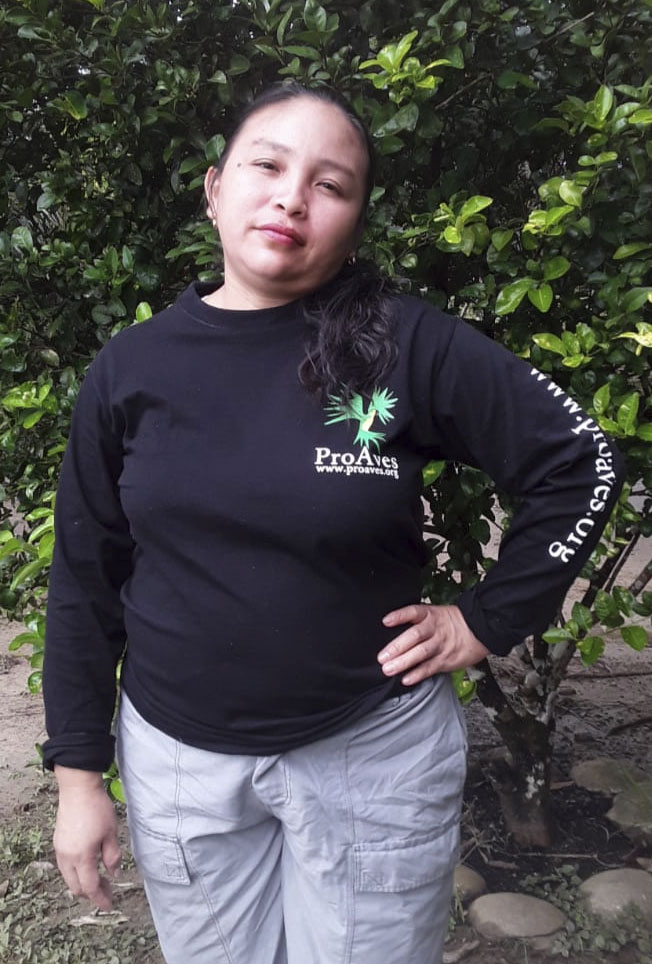 Ninfa Estella Carianil has made history with ProAves, becoming the first female ranger of the Foundation. Her life took an unexpected turn after losing her son and, most recently, her husband, José Rufino Mora, in April 2020, who was for 8 years the protector and ranger of the remote Águila Harpía ProAves Reserve. Ninfa with her husband and their children lived in the Reserve, located in the eastern part of Colombia in the department of Guainía, municipality of Puerto Inírida and 280 km from the urban area of the municipality of Mapiripán.

After her personal tragic experiences, and thanks to her great knowledge of the area and its species, Ninfa accepted the rewarding challenge of becoming the first female ranger. With great courage and enthusiasm, she has chosen to be the guardian and voice of the Reserve, so day by day she travels the 2,000 hectares of the Reserve, both by land and by water, caring for and protecting its magical landscapes and incredible species.

While she is a shy person of few words, she daily demonstrates her temperance and fortitude by protecting the Águila Harpía ProAves Reserve, home to around 310 species of birds and mammals such as the palm anteater (Myrmecophaga tridactyla), the tapir (Tapirus terresres, VU), the jaguar (Panthera onca, NT), and the giant river otter (Pteronura brasiliensis, EN).

We thank Women for Conservation and Permian Global for their great support and inspiration to continue empowering and connecting more women in conservation processes.